You are here: Home » Heating & Fireplaces » Multi Fuel Stoves » The eVolution 4 And 7 Wood-Burning Stoves From Ludlow

The eVolution 4 And 7 Wood-Burning Stoves From Ludlow 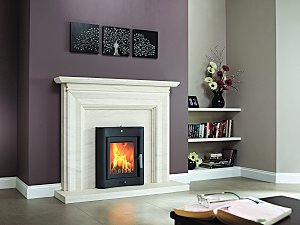 Ludlow Stoves believe that these new stoves are going to be a hugely popular with their customers.

The new eVolution stoves have been developed in response to a market that’s progressively more aware, of the benefits to conservation of wood burning proficiency.

Serious investment has been made in R and D, to make sure that the whole eVolution stove range achieves those expectations.

Both stoves are exceptionally efficient:

These new wood-burners have also been accepted by DEFRA for operation in smoke control zones, which means they are a potential alternative to traditional electric or gas fires in an extensive range of homes.

For further information about the new eVolution stoves from Ludlow, visit the website.