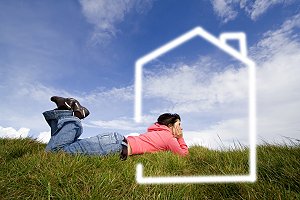 Britain’s housing market is one of the biggest casualties of the economic turmoil, plagued with falling house prices, repossessions, a collapsed house-building industry, mass redundancies and restricted mortgage lending.

In the face of such problems, self-build and renovation specialist BuildStore is reporting a huge rise in demand for its services, as the nation’s frustrated homeowners take matters into their own hands.

BuildStore has noted a significant increase in demand for self-build land and renovation properties through its land database, PlotSearch; current subscription levels to the online service are up over 140% on levels six months ago; in the last three months, since January 2009, subscription levels are up almost 50%.

BuildStore’s Chief Executive, Raymond Connor, explains: “It is a critical time for the housing market, which has been suffering since the start of the credit crunch in 2007.

Homeowners are now looking for an alternative way to climb the property ladder, and are realising that by building a house themselves, they can save money, protect against negative equity and get the house they truly want, as opposed to paying a premium, for a house that has been designed and built without their input.”

This recent surge in demand shows that homeowners are taking advantage of the increase in land availability (up 50% in the last 12 months) and falling land prices (down 20% in the last six months).

The PlotSearch database is currently listing over 9,000 building opportunities, over 60% of which are priced below the current threshold for stamp duty (£175,000 until 3rd September 2009) and a third are priced under £100,000.

At a time when new homes and mortgages are both in short supply, self build plots, construction labour and even specialist self build mortgages are accessible and available, and BuildStore forecasts that 2009 will see more homeowners become homebuilders.